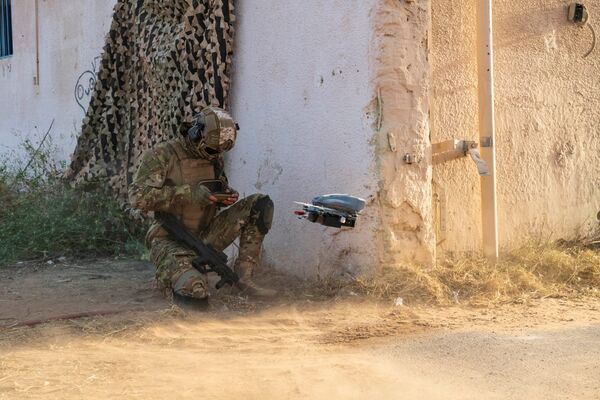 Based on a racing quadcopter, the Lanius is highly manoeuvrable and capable of flying inside buildings. The battery-powered unmanned aerial vehicle (UAV) has a maximum take-off weight of 1.25 kg, a payload weight of 150 g, an operational speed of up to 72 km/h when flying outdoors, and an endurance of seven minutes, according to information released by Elbit. It can use Wi-Fi or software-defined radio communications.

The Lanius has an autonomous mode for take-off, navigation, and scouting. Using the images from its electro-optics and a simultaneous localisation and mapping (SLAM) algorithm, it can gather data to build and update three-dimensional maps of its environment. This capability also enables it to identify doors and windows that it can fly through so it can continue scanning inside buildings.